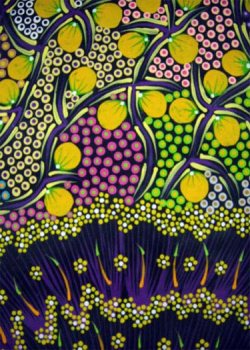 Australian Aboriginal Art is a visual depiction of the life, culture and dreaming of Aboriginal people.

It may come in many different media forms. Different areas all have different styles and may even use song, dance or painted art works in styles unique to their area to discuss or illustrate something special to them.

Aboriginal art can depict the hunting and gathering of foods such as bush tomatoes, bush plums, bush bananas and general bush foods or more serious matters such as retelling the story of a massacre such as that which happened at Coniston Station, shown below by Peter Leo.

Or simply the artists pride in his country like William Sandy does (a pictorial landscape or dot landscape) shown last, at the bottom.

It involves a variety of different techniques such as the double dot painting close up shown above called Bush Bananas by Dulcie Williams. 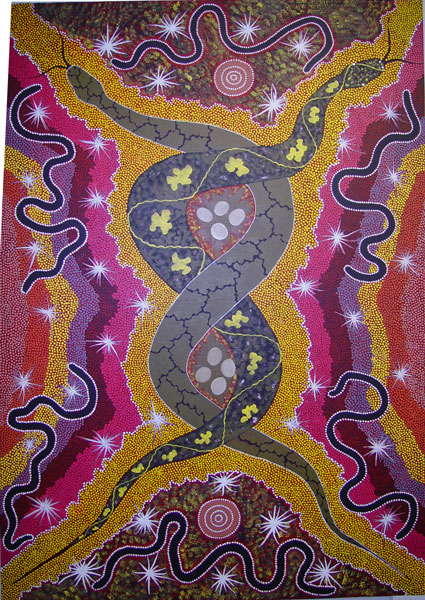 It may also contain elements of implements used in the collection of foods such as the Coolamon, women's digging stick boomerangs or spears as well as significant landmarks such as hills, billabongs, meeting places, traditional paths, camping areas and water or shelter.

Sometimes sacred ceremonies are depicted showings dancing, musical instruments such as didgeridoos and sites where these activities may be conducted. Often they also contain information that is secret to those who are not initiated (given the secret information) as it is contained in shapes and color designs which becomes part of painting unseen by those not initiated and not knowing what they are looking at 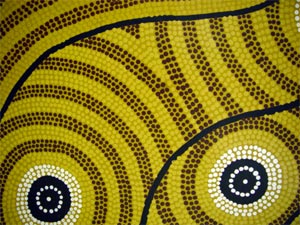 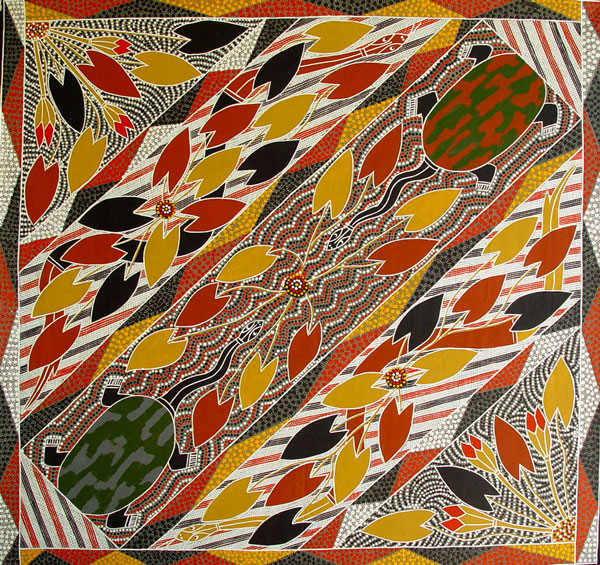 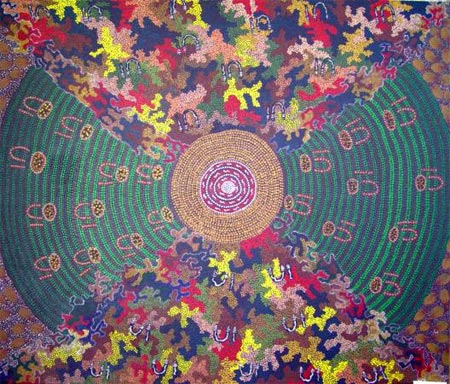 There are also special handmade jewellery items worn specifically for ceremonial purposes from various natural nuts, feathers, collected by hand sometimes over a very large area, plants, and even hair from both living and dead people.

Australian Aboriginal Art is truly a window into the longest living culture in the world. a visit to Our Gallery will show you hundreds of individual paintings, dijeridoos, coolamons, boomerangs,and other artifacts by just over a hundred artists. 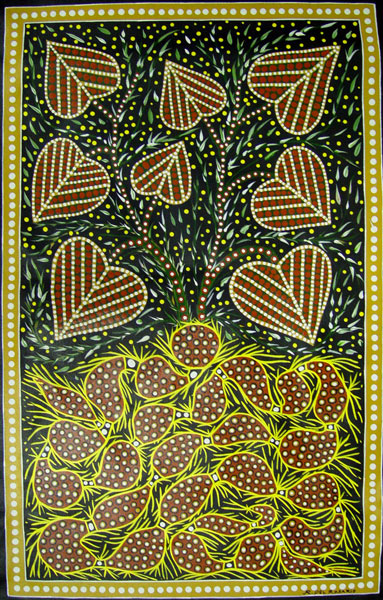