Lesley Daniels Jamijinpa was born near Mt Wedge in the Central Desert of the Northern Territory of Australia.

A Walpiri speaker his traditional country is Mt Wedge. He lives at Yuelamu (Mt Allen) community and is a senior Lawman for the community.

Yuelamu is about 100 kilometers from Papunya the Aboriginal community at which the modern Aboriginal Art movement began in the early 1970s.

A number of the core group of artists at Papunya had ties to the Yuelamu community and moved between the two.

Yuelamu was one of the first communities to which the art movement spread.

Aboriginal Artists are now found in most of the communities of the Central Desert.

With training from the Papunya Tula Artists Leslie has developed his own style, he uses the more traditional palette of colors in art works.

Snake, Fire, Thunderstorm, Mt Wedge (Kerrinyarra) and Honey Ant are his main dreamings. Some of his paintings depict one dreaming site but in two interpretations. 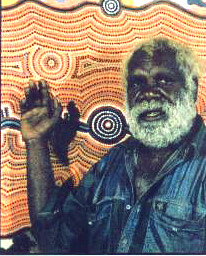 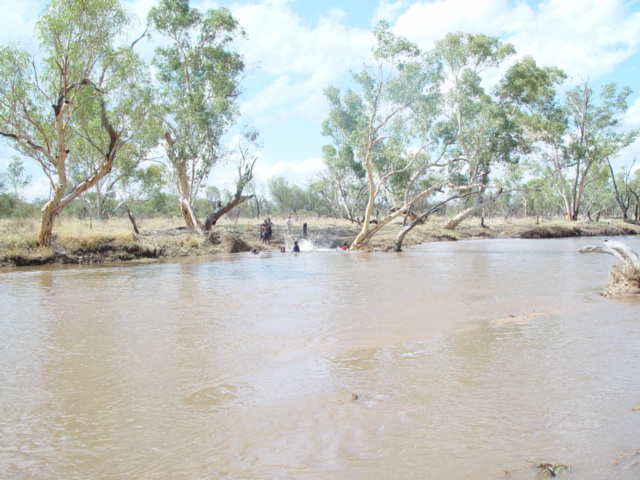 Papunya is the site of the Honey Ant Dreaming.

When the elders of the community offered to paint one of their dreamings on the wall of the school where Geoffery Bardon was the art teacher it was the Honey Ant Dreaming story that they painted.

This was painting was the impetus for the men to start painting their stories and the Central Desert dot painting movement began.

Unfortunately when the school was renovated this first mural was painted over by Government offical's who did not understand the significance of this artwork.

Honey Ant nectar is regarded as a special treat by the Aboriginal people.

The Ants store honey dew in their swollen abdomen the women use their digging sticks to dig up their nests and bite into the ants to suck the sweet honey nectar.

The Fire Dreaming ceremony is one of the six seasonal cycles of the Traditional Aboriginal Calendar.

This ceremony depicts an element of the Tingari Cycle.