Alby Stockman was born in 1946 in the Mt Allan Region his traditional country is Red Hill.

His wife is Beryl Nangala Collins who also is an artist.

An Anmatyerre Speaker he is an elder for the Mt Allan Community.

Mount Allan station was taken up as a pastoral lease in 1949 in spite of a claim by traditional owners who were allowed to stay on the station.

Today it is an aboriginal run cattle station in the Western Desert about 300 kilometers from Alice Springs .

There is also a small community on the station with a store ,clinic and a school.

Alby Stockman worked many years as a Stockman and after the hand over of Mt Allen Station to the Traditional owners in 1985, he became a Director of the Mt Allan Cattle Company.

This following its return to the original traditional owners.

Mt Allan or Yuelamu is a Community 300 klms North West of Alice Springs on the edge of the Tanami Desert.

Access is by red dirt and gravel road which is nearly all weather.

Turn off is just after the Tillmouth Roadhouse on the Tanami Rd. 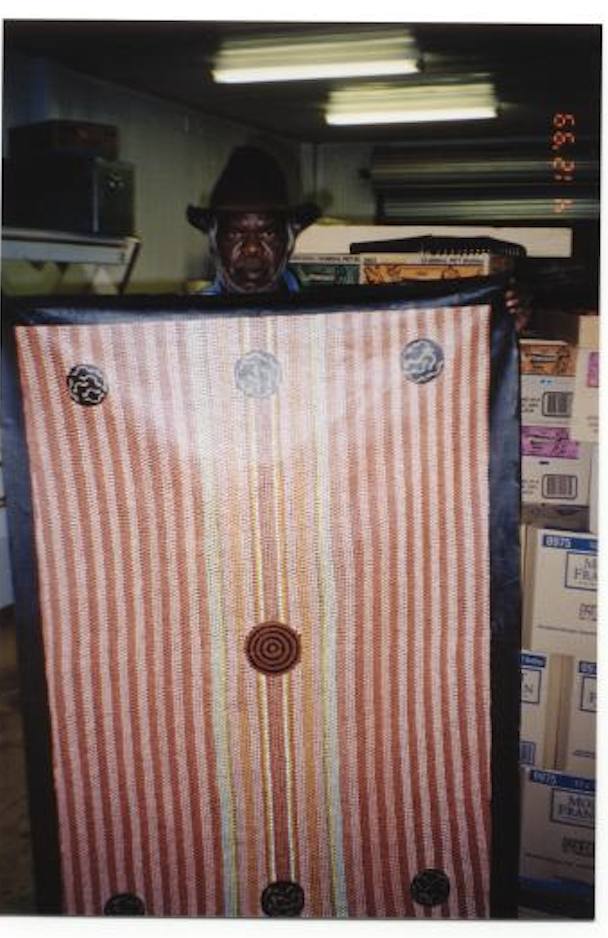 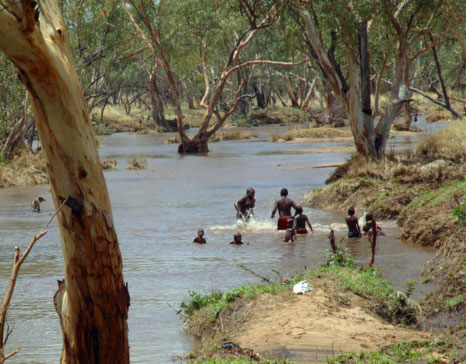 As a traditional elder he is able to paint many other dreamings, Water (Kalipimpa), Possum (Janganpa), Emus

As a first generation painter from the Mt Allan Community and with eyesight failing his traditional law paintings are already of interest both locally and internationally.

His brother Billy Japanangka Stockman is one of the most highly valued painters in the Western Desert.